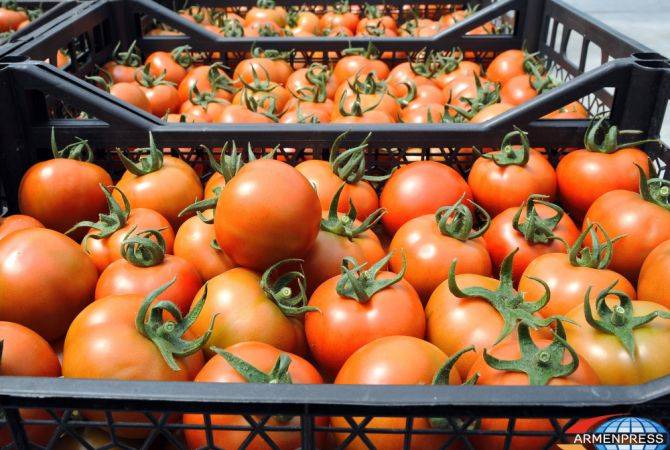 
YEREVAN, JANUARY 10, ARMENPRESS. The tax innovations of 2018 summer whereby the limit of imports by natural persons was increased up to 50kg has contributed to tomato smuggling from Turkey for commercial purposes, State Revenue Committee president Davit Ananyan told reporters.

He said that a rather high volumes of tomato has been imported in this method. “We don’t have information about this simply because they didn’t get documented at the customs,” he said.

Ananyan says in many instances cargo trucks carrying up to 20 tons of products have unloaded it at the neutral zone between Georgia and Armenia and people have imported the products by 50kg luggage each. “And in many cases we were unable to carry out any control function.”

He says the issue has been discussed and the government will carry out a harsh struggle against the abuse.

“We had the goal of assisting the population so they can import greater volumes of luggage for their own household purposes,” he said.