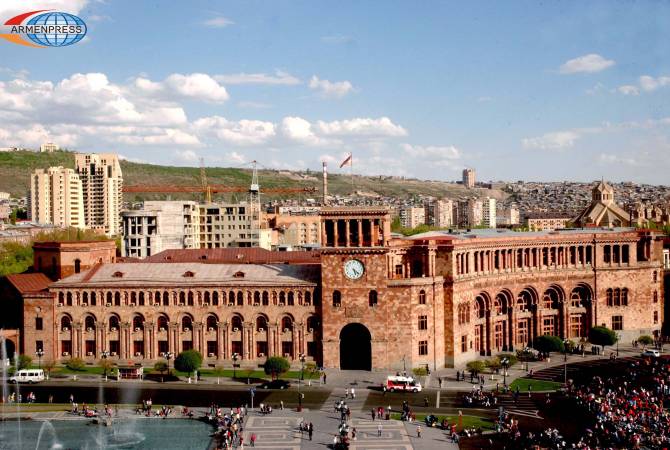 Avinyan was inside the building when the incident took place.

Police officers cordoned off the entrance to the building after the incident.

Police and emergency personnel presence is seen nearby.

According to preliminary information the man has been detained by national security agents.

No injuries were reported in the incident.