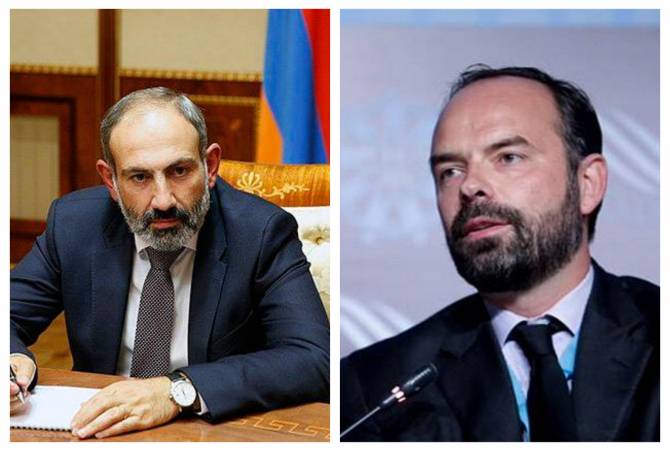 “I congratulate you on your election as Armenia’s Prime Minister and wish you success.

France and Armenia have unique bilateral mutual relations based on ancient historical ties and current unique political relations which are reflected at governments, parliaments, local self-governance and civil society levels of our countries.

Today, more than ever, France stands with Armenia to accompany it on the path to legal state and consolidation of reforms.

As you know, France in the Minsk Group is committed to the process on finding a peaceful and negotiated solution for the settlement of the Nagorno Karabakh conflict. France will continue the efforts aimed at reaching the settlement.

The recent Comprehensive and Enhanced Partnership Agreement signed with the European Union, France also had a practical participation in its talks, brings new dynamics, which, I hope, will be expressed by the increase of investments and commercial ties between the two countries.

The upcoming October 11-12 Francophonie summit in Yerevan is a unique chance to deepen the ties between our countries and to strengthen French in Armenia, in particular through re-localization of the French University in Armenia and the French school named after Anatole France, as well as finishing the Charles Aznavour Center which is called to become a French culture showroom in Yerevan. France will stand with Armenia to ensure its part of participation in the success of the summit”.