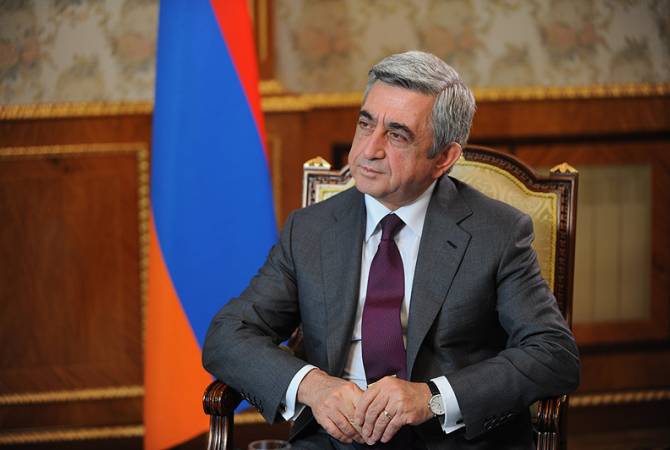 
YEREVAN, NOVEMBER 1, ARMENPRESS. Russia will supply a batch of military armaments to Armenia in the upcoming days as part of an active contract, while the realization of the new 100 million dollar loan agreement will begin after confirmation on all intergovernmental levels, Armenian President Serzh Sargsyan said in an interview to Russia’s RIA Novosti.

“We have already signed a new contract in Yerevan, in must pass all Russian and Armenian state levels, and subsequently the ratification procedure, and then we will start working with Russian manufacturers for realizing the program. Unfortunately it won’t be done rather quickly”, he said.

Back in June 2015, a 200 million dollar agreement was signed between Russia and Armenia for acquiring Russian military armaments.

Under the new agreement, which was approved by the Armenian government on October 12, 2017, Russia will provide a 100 million dollar state exports loan to Armenia to finance the supplies of military designated production.