Armenia claims to be a bridge between EAEU and EU, says PM | ARMENPRESS Armenian News Agency

Armenia claims to be a bridge between EAEU and EU, says PM 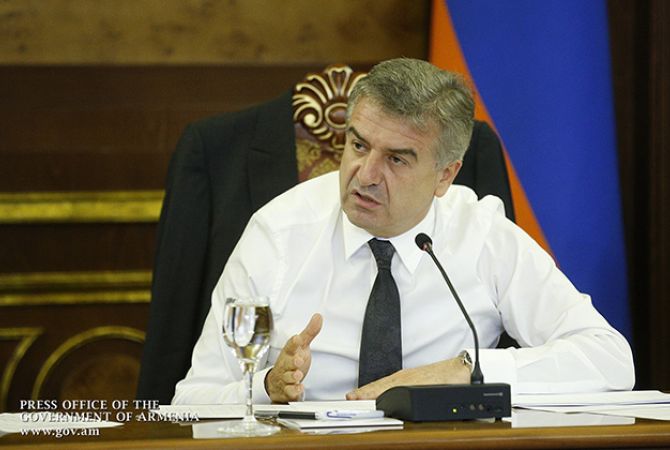 
YEREVAN, APRIL 3, ARMENPRESS. Armenia tends to become a bridge between the Eurasian Economic Union and the European Union, the EU Association Agreement signatory countries, as well as between Iran and the Middle East, Prime Minister Karen Karapetyan said in an interview with Izvestia newspaper, in response to a question how he sees the future of Russian-Armenian cooperation, what has changed after Armenia joined the EAEU and why Yerevan didn’t go to association with the EU, Armenpress reported.

“I am confident that we still do not fully utilize the potential the EAEU offers, and Armenia plans to continue the productive work on this path. Armenia also claims to be a bridge between the EAEU club and other economic blocs, for instance, between the EU member states, the EU Association Agreement signatory countries, as well as between Iran and the Middle East. We understand that as far as the opportunities and advantages of the EAEU stretch, the better for Armenia and other member states of the Union”, Karen Karapetyan said, adding that from business perspective first of all big and understandable market is an attractive factor for Armenia.

By joining the EAEU, Armenia became a member of club that has a market of 183 million people. He said the EAEU’s logic is pragmatic, five countries unite the big market. Armenia has all opportunities for reaching success there.

“The potential existing in the EAEU is much bigger than we believe. Membership to the Union creates opportunities for Armenia. We export most of our ready product to the EAEU markets, and here I want to state that according to statistics, GDP growth was registered in Armenia compared to figures of the last year after the country jointed the Union”, the PM said.

“As for the EU, it is important to state that the EU is one of the major donors and investors in Armenia, and by deepening the partnership with the EAEU countries, we are not ceasing the cooperation with the EU. We don’t have restrictions in terms of cooperation, investments and dialogue with the EU. At the moment we are holding open and transparent dialogue with the European partners. We see ourselves as a country that makes closer these two markets, rather than separates them”, Armenia’s PM said.