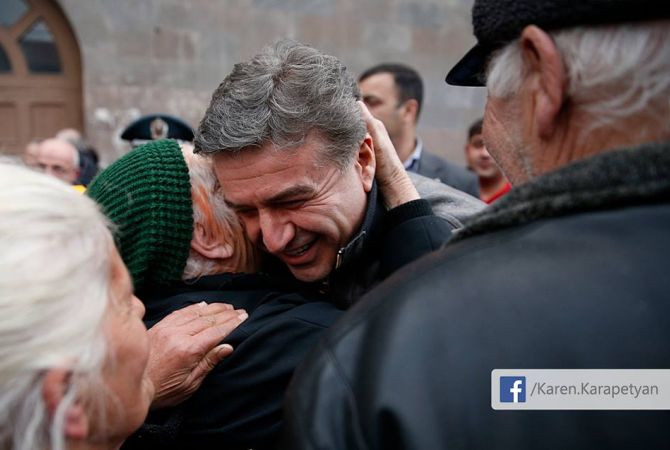 Valery Fedorov, VCIOM General Director, said 22% of survey respondents are going to vote in favor of Tsarukyan alliance, and 21% for the RPA. “The Republican Party of Armenia has significantly increased awareness about it”, he said.

He said most of the voters in the upcoming election will be guided by the candidate’s personality. “The majority of voters see a perfect candidate the person who has rich experience and ability to holds talks”, he said.

According to the survey results, the potential of Tsarukyan alliance before the election is based on Gagik Tsarukyan, with 87%. Prime Minister Karen Karapetyan brings greater support to the RPA, 84%. “Karen Karapetyan’s rating is high among voters. 72% of the respondents positively assessed his activity. 59% of survey participants support Nikol Pashinyan”, Valery Fedorov said, adding that 85% of the respondents is dissatisfied with the current situation in the country, whereas 26% think Armenia moves on the right path.

The survey was conducted by VCIOM in Armenia from March 17 to 24, 2017 by the order of Shant TV. 1600 people took part in the survey. It was conducted face to face. According to the results of another VCIOM survey conducted on February 22-26, 26% of the respondents said they will vote in favor of Tsarukyan alliance, and 19% in favor of the RPA.