Armenia votes against draft resolution on Crimea and Sevastopol in UN 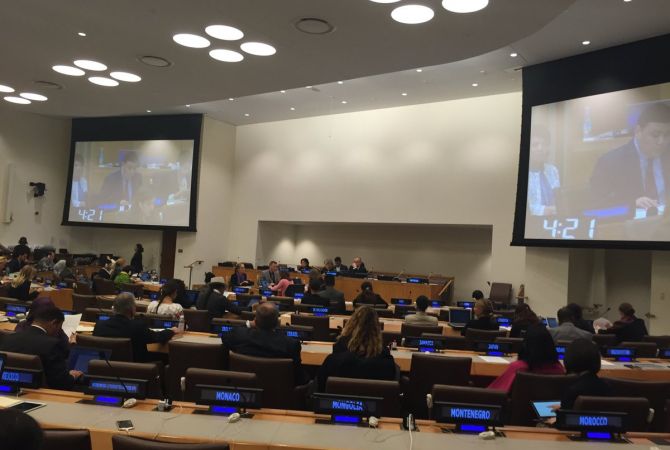 
YEREVAN, NOVEMBER 17, ARMENPRESS. The representative of Armenia has issued a statement at the Third Committee of the #UN General Assembly to explain the position of Armenia on resolution contained in the document A/C.3/71/L, press service of the Foreign Ministry told “Armenpress”.

The statement, particularly, reads: “Armenia has always been a staunch supporter of the efforts aimed at promoting democracy, fundamental freedoms and human rights, including the equal rights and self-determination of peoples. In our view situations related to the human rights should be discussed and addressed by applying those norms and principles which are a part of international human rights law.

While the current resolution is introduced in the human rights context, the references to the principle of territorial integrity, that are selectively applied at the expense of other principles of international law, including the right of people to self-determination, go beyond the declared objective of the document. In accordance with its consistent stance Armenia is not in a position to support such an approach that introduces a hierarchy between the principles of the international law.”

The statement also emphasizes, that “the resolution contains a reference to the Resolution 68/262 of 27 March 2014, to which Armenia voted against due to the same considerations as mentioned above. The explanation of vote was circulated by the delegation of Armenia on the day of the adoption of that resolution. Our approach has not changed since then.”

“On this basis, Armenia voted ‘against’ on the draft resolution contained in document A/C.3/71/L.”, the statement reads.