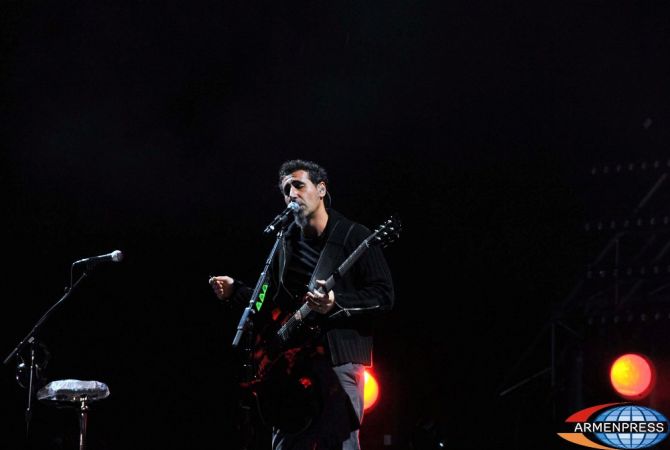 
YEREVAN, SEPTEMBER 17, ARMENPRESS.  The guitar of the world famous singer Serj Tankian, which he played during “Wake Up the Souls” tour of System of a Down, as well as during his April 23 Yerevan concert, will be auctioned off on November 8 in Los Angeles at Orran’s annual fund raising banquet. As “Armenpress” was informed from “Orran” NGO, the System of a Down rock group is helping the children and elderly in need in Vanadzor, the third largest city in Armenia with a high unemployment and poverty rate. The band members concurred to give part of the proceeds of SOAD T-shirts to Orran, assisting the latter to realize a charity program targeting 200 children and 100 elderly people in destitute living conditions.

One of the T-shirts designs is a painting by Serj Tankian, the lead vocalist. They were printed in commemoration of the 100th anniversary of the Armenian Genocide. The group garnered nearly $4500 for Orran.

“We are very fortunate to have the support of SOAD. Serj and Angela Tankian encouraged us to establish the soup kitchen in Vanadzor with a personal contribution two years ago. I am glad that other members of the band are now assisting us as well. It is truly admirable what the group has done all over the world in raising awareness for the Genocide and for helping those in need in our homeland” states Armine Hovannisian who with her husband Raffi Hovannisian founded Orran in the year 2000.