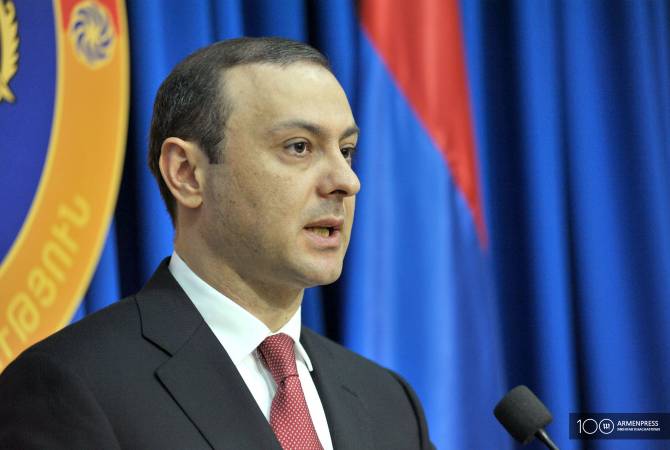 
YEREVAN, NOVEMBER 16, ARMENPRESS. Yerevan is officially invoking the Armenia-Russia 1997 treaty asking Moscow to help resolve the situation at the Armenian-Azerbaijani border, the Secretary of the Security Council Armen Grigoryan said on Public Television.

“We find it important to underscore that since there’s been an attack on sovereign territory of Armenia, we are applying to Russia with a call to defend Armenia’s territorial integrity within the framework of the existing treaty between Armenia and Russia of 1997 and within the framework of the logic of implementing mutual obligations as part of the treaty,” he said.

He said there will also be a written procedure invoking the treaty. “We want to inform the public and our partners that we are starting this process. We expect that Russia will provide support and we will have the opportunity to restore Armenia’s territorial integrity,” he said.

Grigoryan added that it’s been numerously said that Russia considers the Armenian state borders to be a “red line”. He noted that the Azerbaijani military is violating this red line since May 12. “In this regard we are applying to our ally so that we’ll be able to restore the territorial integrity of the Republic of Armenia within the framework of allied obligations,” Grigoryan said.