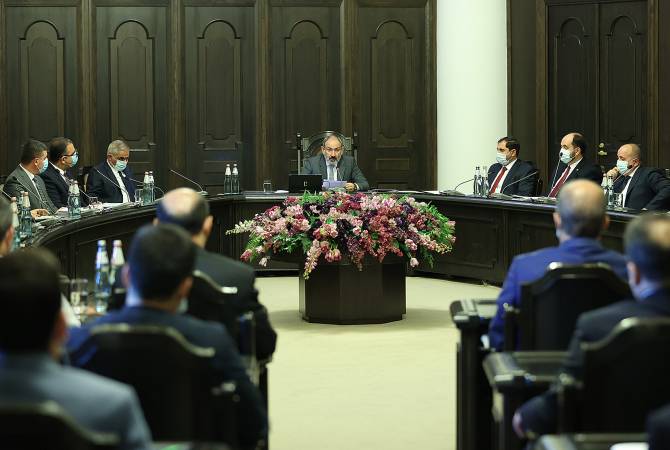 Speaking at the Cabinet meeting, PM Pashinyan mentioned that the Turkish President Recep Tayyip Erdogan has publicly spoken about the question of the relations with Armenia.

“We see in these statements an opportunity to speak about the normalization of the Armenia-Turkey relations and re-launching the Armenian-Turkish railway and roads. And we are ready for such a conversation. By and large this is about transforming our region into a crossroads linking the West with East and North with South,” Pashinyan said.

The Armenian PM underscored that Russia has publicly expressed readiness to actively support this process. “The European Union, France and the United States are also interested in this process. While China and India’s eagerness in the direction of developing communication projects is well known,” he said.

PM Nikol Pashinyan reiterated that regional peace and stability is his administration’s long-term strategy. “And we consider ourselves responsible for solving this issue. Peace, stability, cooperation are easily announceable and desirable goals, but their implementation requires reasonable, carefully thought out, pragmatic efforts. And the Republic of Armenia is ready to make such efforts,” Pashinyan said.