No negotiations over peace treaty with Azerbaijan at this moment, says Armenian FM 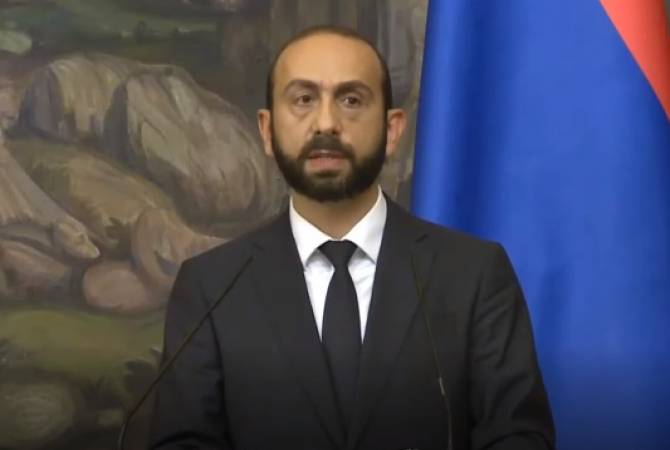 
YEREVAN, AUGUST 31, ARMENPRESS. If Armenia and Azerbaijan were to start negotiations over a peace treaty, then the agenda of these negotiations must unconditionally include the issue of the status of Nagorno Karabakh based on the principles stipulated by the OSCE Minsk Group Co-Chairs, Armenian Foreign Minister Ararat Mirzoyan said during a joint press conference with Russian FM Sergey Lavrov when asked to comment on statements made in Azerbaijan that a potential peace treaty must include Armenia’s recognition of Azerbaijan’s territorial integrity.

“The Azerbaijani government would be better off focusing on the implementation of the agreements that have already been reached under the trilateral statements of 2020 November 9 and 2021 January 11. At this moment there are no negotiations over a peace treaty,” Mirzoyan said.

11:29, 05.19.2022
3069 views U.S. recognizes role of population of Nagorno-Karabakh in deciding its future–Ambassador Tracy’s interview to ARMENPRESS