Armenia does not rule out forceful response to Azerbaijani provocation 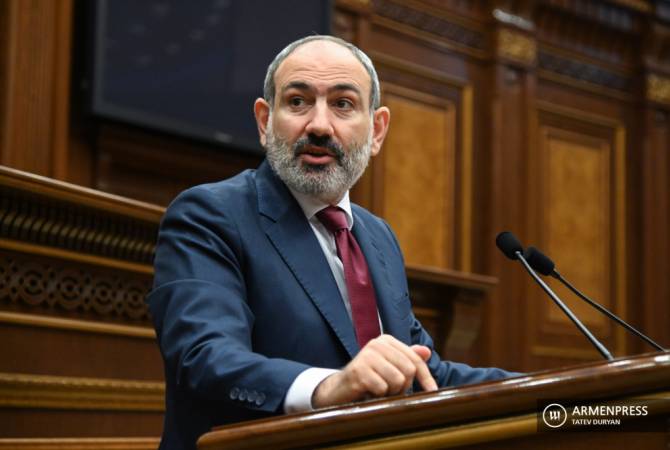 
YEREVAN, MAY 14, ARMENPRESS. By applying to the CSTO, Armenia has launched a military-political mechanism which envisages both political and military-political solutions with use of force, ARMENPRESS reports caretaker Prime Minister of Armenia Nikol Pashinyan at the extraordinary parliament session.

''Since our analysis showed that, in all probability, we deal with provoking a large-scale conflict, a decision was made not to take local measures, but to launch the military-political security mechanism, because in case of local clashes, it would be very difficult in the future to substantiate who started firing, who was located where and where should be located’’, Pashinyan said.

Armenia has officialy applied to the CSTO for launching procedures in line with the Collective Security Treaty. Pashinyan has also sent a letter to Russian President Vladimir Putin, asking for military assistance in line wit Treaty on Friendship, Cooperation and Mutual Assistance of 1997. French President Emmanuel Macron has stated that the issue should be solved in the sidelines of the UNSC, expressing readiness to provide military assistance to the international efforts aimed at solving the situation.