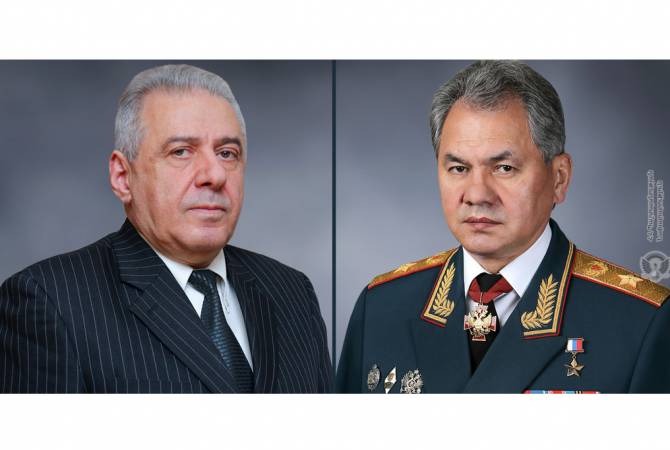 
YEREVAN, FEBRUARY 1, ARMENPRESS. Armenian Minister of Defense Vagharshak Harutyunyan and his Russian counterpart Sergey Shoygu held a phone call on February 1 to discuss the results of last week’s Armenian-Russian bilateral military cooperation staff talks, as well as the ongoing process of resolving Armenia’s security issues in the post-war period, the Armenian Ministry of Defense said in a news release.

The phone call took place at Russia’s initiative, it added.

Minister of Defense Vagharshak Harutyunyan spoke highly about the activities of the Russian peacekeeping contingent in Nagorno Karabakh, underscoring that the best testimony to this is the virtually total preservation of the ceasefire, thanks to which there weren’t any serious emergency incidents in the preceding two months, with the exception of one incident when a Artsakh Defense Army soldier was wounded.