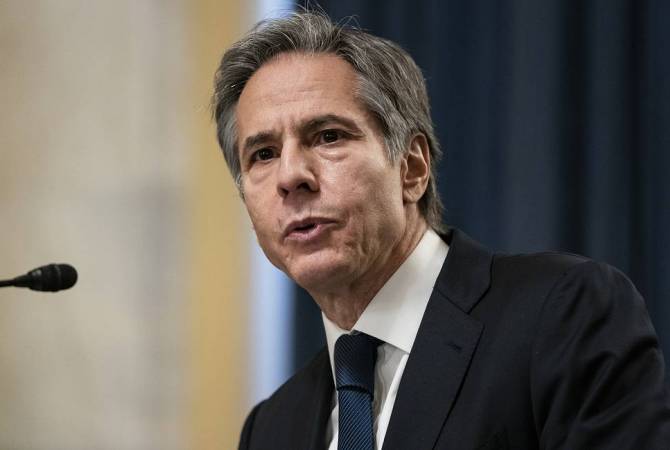 
YEREVAN, JANUARY 23, ARMENPRESS. President Biden’s nominee to serve as Secretary of State, Antony Blinken, confirmed that the incoming Administration will consult with Congress on the wording of its April 24th statement, ARMENPRESS reports, citing the Armenian National Committee of America (ANCA).

In response to a written question from Senator Ed Markey (D-MA) during his confirmation hearing, Blinken noted that: “As a presidential candidate, President Biden pledged in his Remembrance Day statement to support a resolution recognizing the Armenian Genocide,” adding: “The Administration will determine the wording for the White House statement to mark Remembrance Day once in office and will consult with Congress on this important issue.” The U.S. House and Senate nearly unanimously passed Armenian Genocide Resolutions in 2019.

Senator Markey also asked about what steps the Administration plans take “to ensure the immediate return of POWs being held by Azerbaijan.” Blinken stressed, in response, that: “the United States should be leading a diplomatic effort to find a lasting resolution to the conflict, working together with our European partners, including facilitating the return of prisoners of war.”

“We join with Armenian Americans and our pro-Armenian allies from across Massachusetts and around the country in thanking Senator Markey for his leadership in calling out and confronting the continuity of official Turkish and Azerbaijani genocidal intent and actions against the Armenian people,” said ANCA Executive Director Aram Hamparian. “In the wake of Baku’s war crimes against Artsakh – armed and incited by Ankara – it is more urgent than ever for the United States to signal both Turkey and Azerbaijan that the U.S. will no longer turn a blind eye to their genocidal drive to destroy the Armenian nation.”