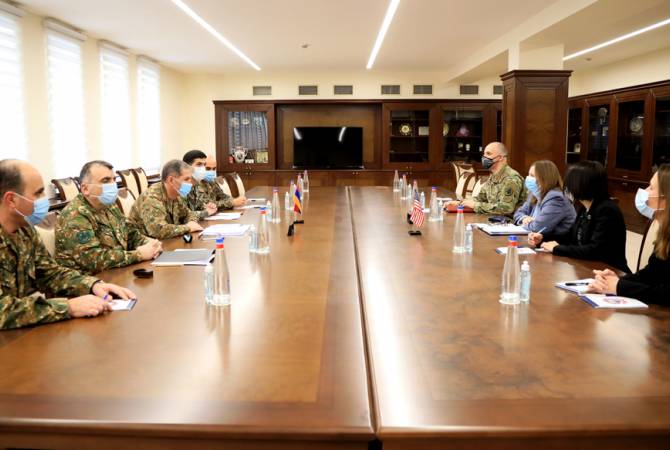 
YEREVAN, JANUARY 22, ARMENPRESS. Chief of the General Staff of the Armenian Armed Forces. Colonel-General Onik Gasparyan received Ambassador of the USA to Armenia Lynne Tracy and Military Attaché of the US Embassy in Armenia, Colonel Scott Maxwell.

As ARMENPRESS was informed from the press service of the Defense Ministry of Armenia, during the meeting the sides discussed issues referring to the bilateral defense cooperation between Armenia and the USA and outlined the future programs for cooperation.

The sides also referred to other issues of mutual interest.