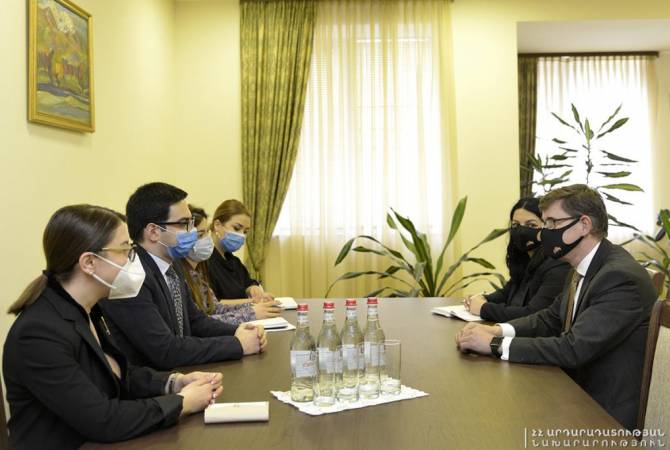 The minister congratulated the Ambassador on appointment, highlighting the entry of the bilateral relations into a qualitatively new stage after the 2018 Armenian Velvet Revolution and the decision of the Netherlands to open an embassy in Armenia. He expressed confidence that during the Ambassador’s tenure the potential existing in the justice sector will be utilized.

The Armenian minister of justice also highly appreciated the recent motions approved by the Dutch Parliament which call on to impose sanctions against the leaders of Azerbaijan and Turkey for their war crimes committed in Artsakh. In this context Mr. Badasyan noted: “The Netherlands showed how democracy really works when human life and rights are under danger”.

In turn the Ambassador of the Netherlands thanked for the meeting and stated that he has assumed office in Armenia with a great pleasure. He outlined the priorities which have cooperation perspectives, in particular the strengthening of the rule of law and democracy.

Minister Badasyan introduced the Dutch Ambassador on the roadmap of judicial reforms, the achievements recorded and highlighted in this context the 9 million Euro support provided by the European Union to the Armenian government for this purpose.

Possibilities of deepening the cooperation in probation and penitentiary fields were discussed during the meeting.

The sides also reached an agreement on productive mutual cooperation.