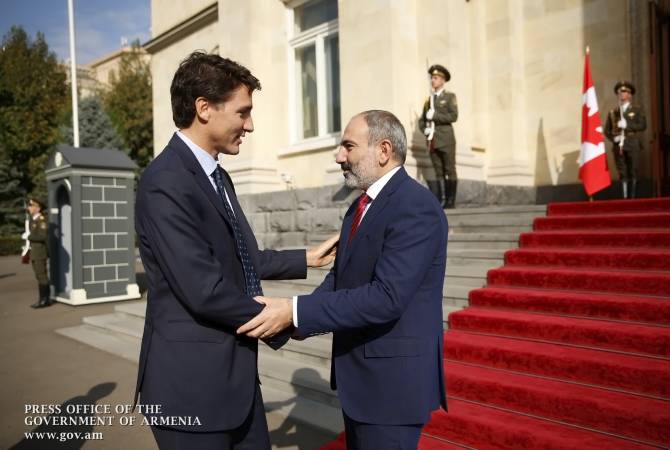 PM Pashinyan thanked Canada for suspending the exports of military devices to Turkey. The importance of the unconditional implementation of the right of people to self-determination for the settlement of Nagorno Karabakh conflict was emphasized.

The Prime Minister of Canada expressed concerns over the existing situation and highlighted the necessity to settle the conflict through peaceful ways.