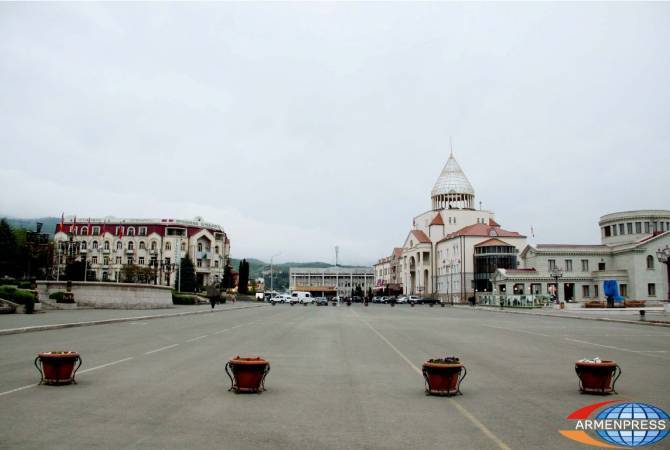 
YEREVAN, OCTOBER 10, ARMENPRESS. Despite the ceasefire agreement reached between the Armenian and Azerbaijani FMs under the mediation of the Russian FM in Moscow, Azerbaijan continues to bomb Stepanakert, capital of Artsakh.

At the moment air raid siren is on. There are no new strikes.

Poghosyan told ARMENPRESS that they receive alarms from the residents of Martuni city that their city is also being bombed.

The correspondent of ARMENPRESS reports that air raid siren is off. They bombed 6-7 times and stopped.

‘’Azerbaijan just launched two missile strikes against Stepanakert. Is this aimed at the preservation of the humanitarian ceasefire? It seems criminals will continue to commit crimes as long as they are not punished’’, Artsakh’s Human Rights Defender twitted.

16:31, 06.30.2022
2053 views Statements of Turkish officials that they coordinate the process with Azerbaijan are strange – Armenia’s Special Envoy