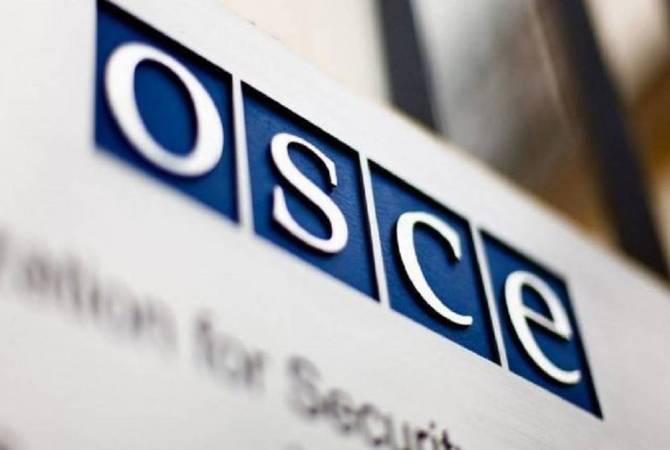 
YEREVAN, OCTOBER 5, ARMENPRESS. The OSCE Minsk Group Co-chairs reconfirmed the joint statement of the Foreign Ministers of Russia, the USA and France, which condemned the escalation of violence in the most decisive way, ARMENPRESS was informed from the official website of the OSCE.

The Minister of Foreign Affairs of the Russian Federation Sergey Lavrov, Minister for Europe and Foreign Affairs of France Jean-Yves Le Drian, and Secretary of State of the United States of America Michael R. Pompeo, representing the Co-Chair countries of the OSCE Minsk Group, condemn in the strongest terms the unprecedented and dangerous escalation of violence in and outside of the Nagorno-Karabakh zone, ARMENPRESS reports reads the joint statement issued by the foreign ministers of the OSCE Minsk Group Co-chair countries.

The Ministers stress unconditionally that recent attacks allegedly targeting civilian centers - both along the Line of Contact and on the territories of Azerbaijan and Armenia outside the Nagorno-Karabakh conflict zone - and the disproportionate nature of such attacks constitute an unacceptable threat to the stability of the region.

Recalling the October 1 statement of the Heads of State of the three Co-Chair countries of the OSCE Minsk Group, the Ministers call once again upon the conflicting parties to accept an immediate and unconditional ceasefire. The Co-Chairing countries are determined to exercise fully their mandate, entrusted to them by the OSCE and the international community, with the contribution of the Minsk Group capitals. As such, they will firmly continue to advance their engagement with the sides, and urge them to commit now to resuming the settlement process on the basis of existing core principles and relevant international documents well-known by both parties.