400 Azerbaijani servicemen and foreign terrorists killed in one day 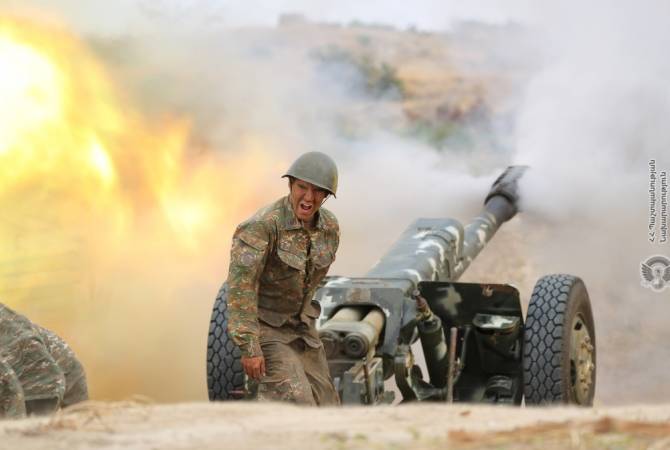 ‘’According to the summarized information for October 4, the adversary has suffered today 400 manpower losses, including servicemen and non-servicemen – terrorists. 700 are injured. 13 armored vehicles. 3 warplanes and 1 UAV were also destroyed’’, he said.

A Turkish F-16 fighter jet downed an Armenian SU-25 in the Armenian air space on September 29. The pilot could not survive.