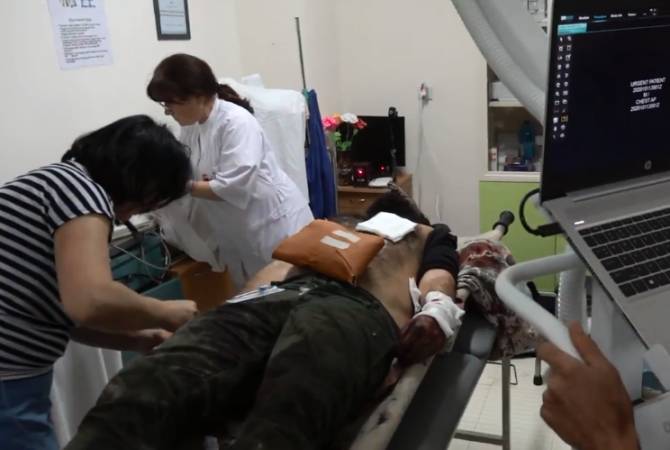 
YEREVAN, OCTOBER 1, ARMENPRESS. One of the two French journalists working for Le Monde who is gravely wounded after being hit by Azeri bombardment in the town of Martuni in Artsakh is correspondent Allan Kaval.

The authorities released images from the Stepanakert hospital were Kaval is currently undergoing surgery for his injuries.

The condition of the other Le Monde reporter who was wounded is understood to be non-life threatening.

Several other reporters were wounded in the Azeri attack on the town.