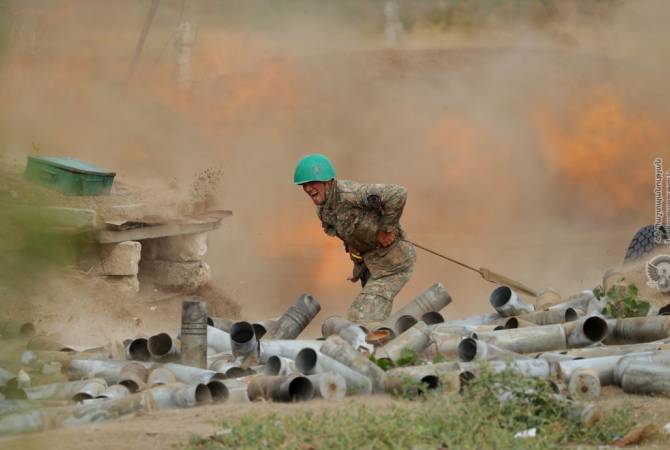 
YEREVAN, OCTOBER 1, ARMENPRESS. Artillery battles and skirmishes took place in some sections of the Artsakh-Azerbaijani line of contact, however there has been a relative calm overnight, Acting head of the Information department at the Artsakh defense ministry Suren Sarumyan said at a press conference.

“The Azerbaijani side attempted movements of troops overnight aimed at improving its battle orders. However, the Defense Army units detected all these movements on time, the targets and successfully suppressed all the Azerbaijani attempts”, he said.

According to the latest data, the Azerbaijani side lost more than 920 soldiers with 2100 wounded in its offensive launched against Artsakh. Azerbaijan has lost 84 UAVs, 7 helicopters, 166 armored equipment, 1 aircraft and 1 Smerch launcher.