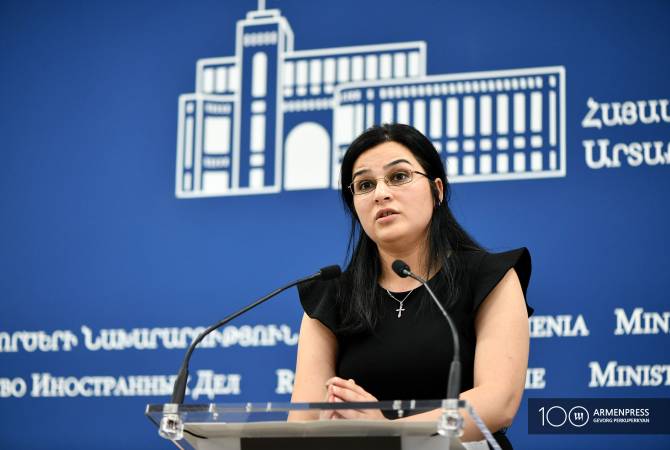 “This information is a complete lie and aims at preparing a ground for the expansion of the geography of military operations, as well as conducting an aggression against Armenia. We strongly condemn Azerbaijan’s attempts of further destabilizing the regional peace and security. Azerbaijan’s military-political leadership bears the full responsibility for the consequences of these attempts”, she said.