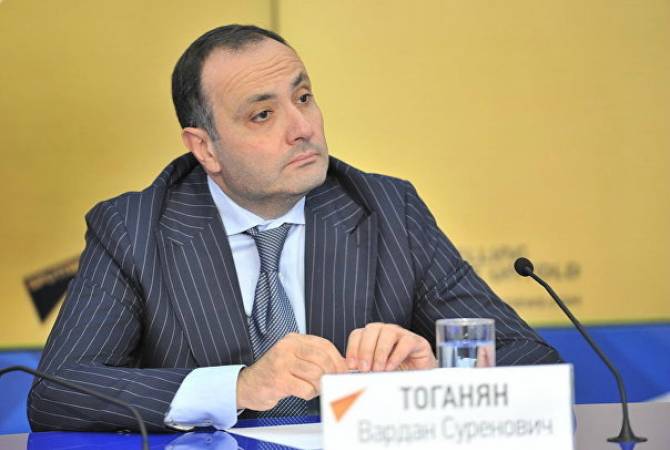 
YEREVAN, SEPTEMBER 28, ARMENPRESS. In the event of necessity Armenia will apply to Russia to receive new supplies of weapons, but at this moment the issue is not being considered, Armenia’s Ambassador to Russia Vardan Toghanyan told RIA Novosti.

He reminded that yesterday Armenian PM Nikol Pashinyan held a phone conversation with Russian President Vladimir Putin, and FM Zohrab Mnatsakanyan talked with Russian FM Sergey Lavrov to inform about the developments of the Azerbaijani attack on Artsakh.

The Ambassador emphasized that Armenia and Russia are allies, with relevant obligations.

“Our military-technical cooperation is developing, the implementation of agreements on weapons supplies are taking place normally. As of today the situation is changing, at this moment there is a third party – Turkey,” he said, adding that if necessary Armenia will request Russia to supply more weapons.

In another interview to Echo of Moscow, Toghanyan expressed hope that Russia will be able to stop the escalation in Karabakh.

“Russia has always had a balanced position. Today Russia is also interested, yesterday phone talks were held at the levels of foreign ministers and president, and Russia’s calls are to stop the military operations. I hope Russia will succeed in stopping this war and bringing the sides to the negotiations table under the auspices of the OSCE Minsk Group Co-Chairs,” he said.