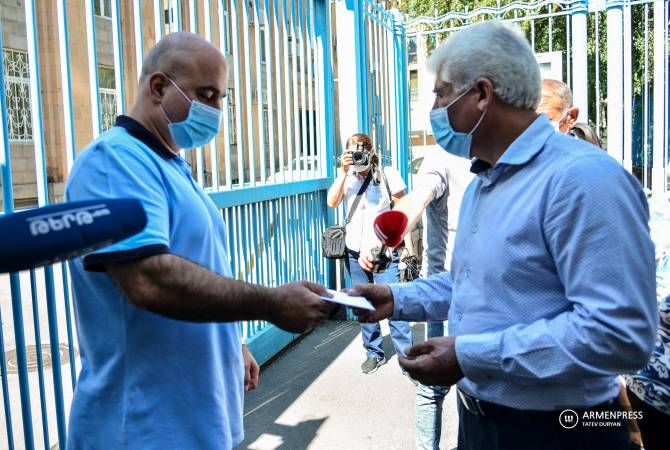 
YEREVAN, AUGUST 31, ARMENPRESS. The Kurdish community of Armenia held a protest today outside the UN Office in Yerevan, trying to draw the attention of the structure to the ongoing Turkish actions against the Kurdish settlements in Iraq.

Head of the Kurdistan Committee Slo Drboyan told reporters that they are asking to prevent Turkey’s operations.

“We are here to present the concerns of our relatives. Turkey’s leadership today is conducting such a policy which is a threat for all peoples of the region. The Kurdish nation in Iraq is almost on the verge of extinction”, the head of the Kurdistan Committee said, adding that they are concerned over the events taking place in that country.

He said they are expecting the UN Office to take measures to prevent Turkey’s genocidal actions.

“We ask the UN leadership for support. The Kurdish people want the following: democracy both in Turkey, Iran and Iraq. Turkey’s such policy will not lead to anything good, we need to jointly fight against Erdogan’s policy”, he stated.

The protest participants also handed a letter to the UN Office staffer expressing their issues of concern.