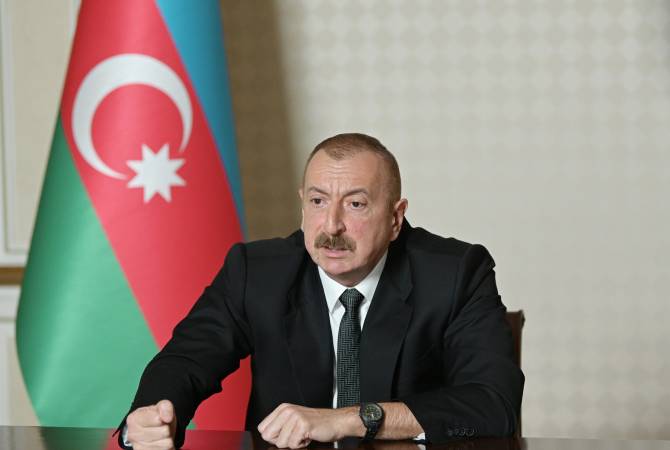 
YEREVAN, JULY 30, ARMENPRESS. The Washington Post journal has published an article, claiming that Azerbaijani president Ilham Aliyev want to put an end to the political opposition in his country. ARMENPRESS reports the article also refers to the aggression of Azerbaijan against Armenia in July and the political developments following it.

It’s mentioned that the president of Azerbaijan has never been kind to independent media and dissidents.

‘’The February parliamentary elections were deemed by international observers to be devoid of real political competition. Now, in the midst of the pandemic, low oil prices and tensions with archrival Armenia, Mr. Aliyev has suddenly discovered a “fifth column” of enemies, the political opposition, and has begun throwing them in jail. Mr. Aliyev’s tantrum is threatening to obliterate what remains of independent political forces in Azerbaijan'', reads the article.

Referring to the Azerbaijani aggression on the Armenian-Azerbaijani border, the article notes that an organized rally took place in Baku during those days, which was used by Aliyev to silence his political opponents.

‘’Late in the protest, a group of people briefly stormed into the parliament building in Baku before they were removed by police, and several police cars were overturned by angry crowds. Aliyev saw the protest as a pretext to go after the “fifth column. The day after the rally, he attacked the largest opposition party, the Popular Front Party of Azerbaijan. He claimed that the Popular Front is worse than Armenians’’, reads the article, adding that the specials services of Azerbaijan have started to arrest the members of the party and other people. Sources in Azerbaijan say that as many as 120 people are currently held, including some deputy leaders of the party as well as journalists.