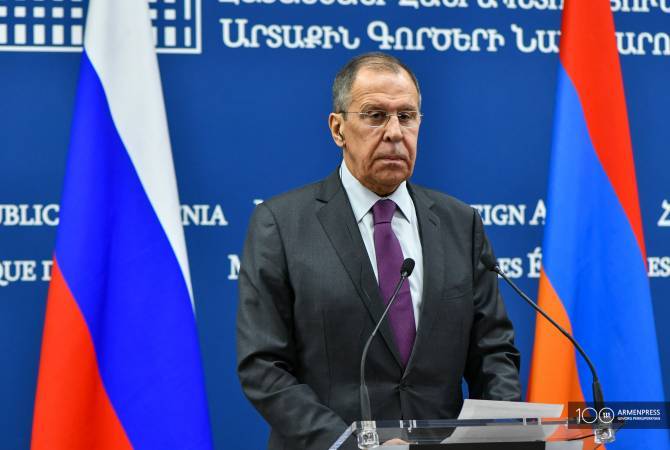 
YEREVAN, JULY 21, ARMENPRESS. Foreign Minister of Russia Sergey Lavrov met with Ambassador of Armenia to Russia Vardan Toghanyan and Ambassador of Azerbaijan to Russia Polad Bülbüloglu to discuss stabilization of the situation on the Armenian-Azerbaijani border, ARMENPRESS was informed from the official website of the Russian MFA.

The meeting between the Minister and Ambassadors took place at the private house of the Russian Foreign Ministry in the sidelines of a working lunch. During the meeting issues related to the security in the Transcauscasus region, stabilization of the situation on Armenia-Azerbaijan border and activation of efforts aimed at Nagorno Karabakh conflict settlement under the auspices of the OSCE Minsk Group Co-chairs were discussed.