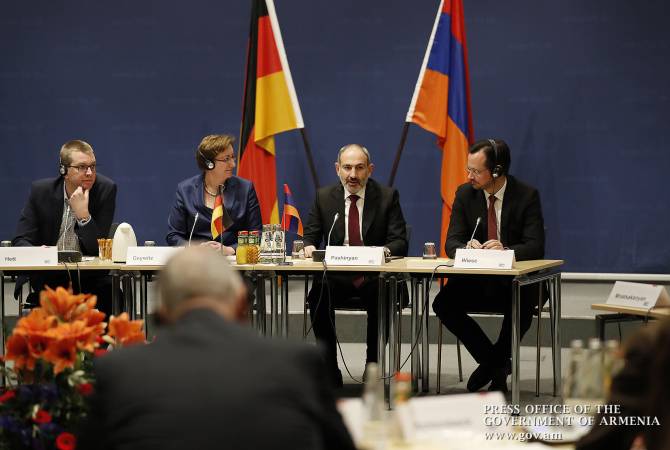 
BERLIN, FEBRUARY 14, ARMENPRESS. Since 2018 the number of Armenian citizens seeking status in the EU territory has reduced by more than a double, Prime Minister Nikol Pashinyan said at a meeting in the Berlin Friedrich Ebert Foundation when asked about the reforms’ impact on the emigration pace.

“The number of persons from Armenia seeking status in the EU has dropped nearly 60%. And since 2018 we have significant positive dynamics in the arrival and departure indicators of Armenian citizens. Particularly, in 2019 the number of citizens who entered our country is 10,000 more,” Pashinyan said.

Pashinyan noted that prices in the Armenian real estate market have grown and the mortgage loan volumes show doubling paces of growth compared to 2017. He expressed hope that this process will continue.

“I would really like to say that emigration from Armenia has stopped, but I can say that it is stopping. The figures show this,” Pashinyan said.