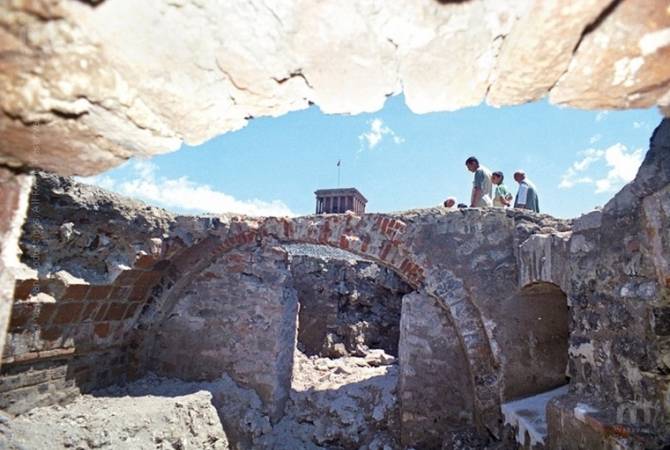 
YEREVAN, JANUARY 9, ARMENPRESS. This year, the government will start excavating and opening the historic layer of Old Yerevan which is beneath the central part of the Republic Square.

“As a result Republic Square will become a better sightseeing location”, he said.

Earlier on January 8, Minister of Education, Science, Culture and Sports Arayik Harutyunyan revealed that the government is discussing the possibilities of restoring the Old City.

The area was first studied in the early 2000s when the central plaza was undergoing reconstruction and workers found the ruins (pictured in photos).