Pashinyan explains choice of book as gift to Putin 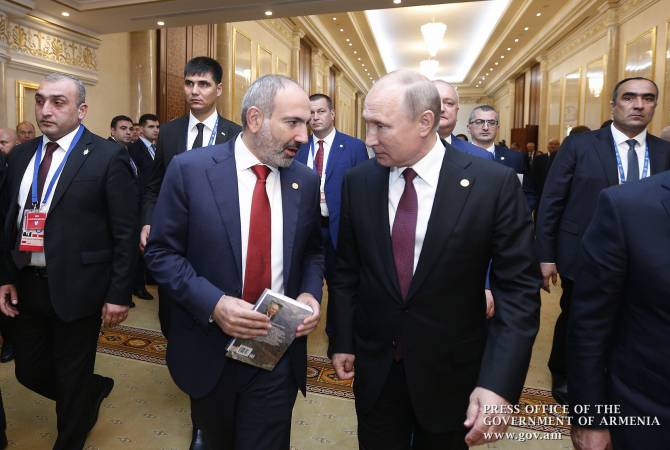 
YEREVAN, OCTOBER 11, ARMENPRESS. Armenian Prime Minister Nikol Pashinyan has explained why he has chosen V. Kazimirov’s Peace to Karabakh as a gift to President of Russia Vladimir Putin.

“Since it has become a subject of discussions, let me explain: I gifted Russian President Vladimir Putin the OSCE MG former Russian co-chair Vladimir Kazimirov’s Peace to Karabakh book.

It’s just that in 1992-1996 Kazimirov dealt with the Karabakh issue, made great efforts for the signing of the 1994 ceasefire agreement and in his book he is telling as a witness about a number of important nuances of the Karabakh conflict, which regrettably have been forgotten.

And after all, the book has a wonderful title: “Peace to Karabakh”,” the Armenian PM wrote on Facebook.