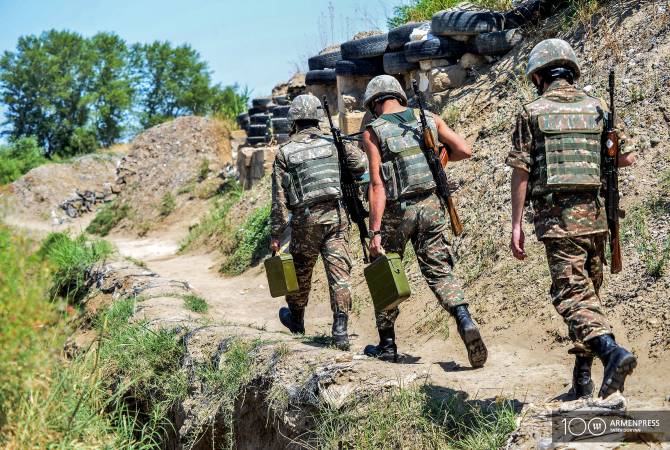 
YEREVAN, JUNE 21, ARMENPRESS. The Artsakh military has carried out large scale engineering and reinforcement works at its combat positions, Lt. Colonel Pargev Martirosyan, deputy commander of a Defense Army base told reporters during a tour.

The works are “increasing the security level and improving the daily conditions of servicemen”, he said.

“Recently huge engineering and reinforcement works were carried out at combat positions,” he said, adding that trenches have been built. He said all roads that were previously under enemy surveillance have been closed by building “hole-roads”.