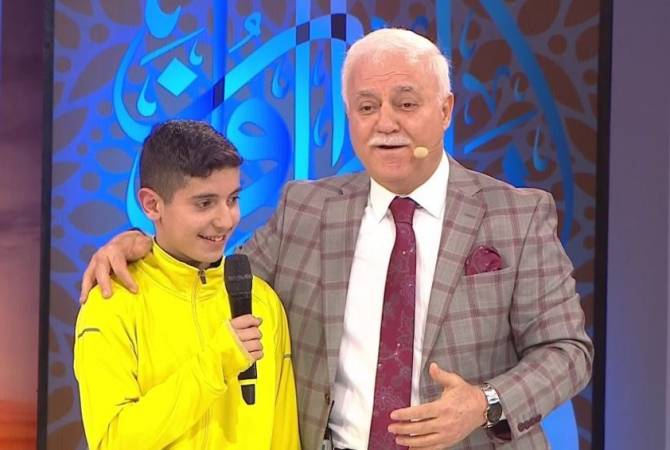 “I have met with the mother of Artur, exploited by Nihat Hatipoğlu. She informed that her son appeared in that program without her permission”, Paylan wrote, adding that tomorrow he will file an official complaint to Supreme Council for Radio and Television and Prosecution against this program that exploits children.

During the program Nihat Hatipoğlu had announced that he has the permission of Artur’s mother, but the mother, Alina Yengibaryan, informed that her son converted to Islam without her knowledge.

The family moved to Turkey 13 years ago. According to the mother, her son and her family are Christian.