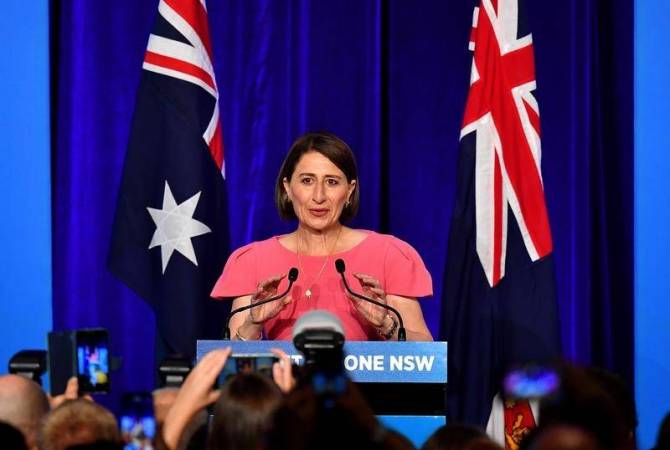 While it is yet unclear whether she will win with a majority or minority government, the Leader of the Opposition Michael Daley has conceded defeat.

Australian-Armenian Berejiklian's victory has ensured she also makes history as the first leader of the Liberal (LIB) and National (NAT) Coalition to lead her political party to a third consecutive term in office.

Premier Gladys Berejiklian fought back tears as she lauded NSW as "a state in which someone with a long surname – and a woman – can be the premier”, Sydney Morning Herald reported.

"I'm incredibly proud of the wonderful place in which we live. And what is most important to me is that, no matter what your background  – where you live, what your circumstances – everybody in this state has the chance to be their best."

Berejiklian assumed premiership the first time in 2017 following the resignation of Mike Baird as NSW Liberal leader and Premier.