Armenia’s foreign policy is neither pro-Western nor pro-Russian, we are pro-Armenian – PM’s interview to RFI | ARMENPRESS Armenian News Agency

Armenia’s foreign policy is neither pro-Western nor pro-Russian, we are pro-Armenian – PM’s interview to RFI 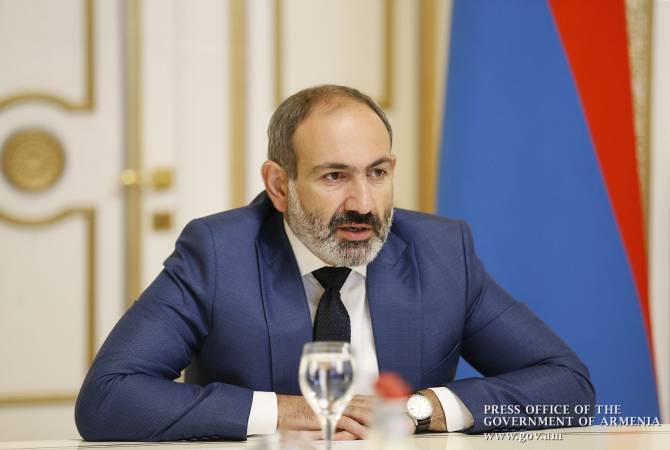 “In general, revolutions are based on choice – to stop at some moment or to continue it. In Armenia’s case it was people who decided what I need to do. I understood that if I try to determine alone my future steps, I will appear in a danger of disappointing people. Today we continue the revolution. We have raised issues and are here to solve them”, PM Pashinyan said, in response to the question how he feels himself in the role of public official after the velvet revolution.

Commenting on eliminating corruption in the justice system, the Armenian PM stated that the judges who take bribes will be punished by the whole strictness of law, and non-corrupt officials will work freely and independently. He noted that during the past years hundreds of thousands of sums have been directed for the reforms in the justice field. The structures, which provided these sums, call the works carried out as very effective, but they understand that there are still unresolved problems in the system.

The reporter pointed out that nothing has changed in terms of the women engagement in the new government: 2 out of 17 ministers are women, and in response the PM said: “During these days I have appointed four women as deputy ministers. Previously no velvet revolution took place due to the passiveness of women and youth. The participation of women in these political processes was unprecedented. I am convinced that the role of women will be more important in the political processes in coming years”, NIkol Pashinyan said.

Coming to the repatriation, the PM said the potential of Diaspora Armenians can be useful not only in economic and cultural sectors, but also in public administration system. But there are legislative limitations, for instance, the person can be appointed a minister in case when he/she is a citizen of Armenia and has lived in Armenia in the past four years. However, he stated that the increase of Diaspora Armenians’ engagement can be one of the steps for great repatriation.

PM Pashinyan reaffirmed his approaches that the change of power in Armenia has no international context, and the Armenian foreign policy vectors remain the same. “Our goal is to protect the national interests, country’s sovereignty and independence. Our foreign policy is neither pro-Western nor pro-Russian. We are pro-Armenian”, Nikol Pashinyan said.