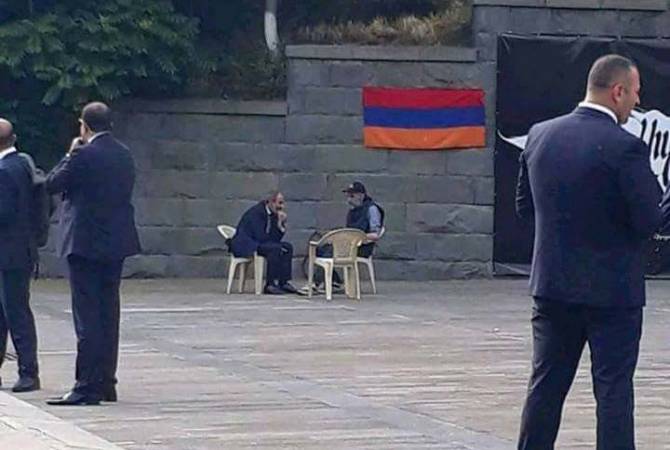 “I am glad to inform that after meeting with Garegin Chugaszyan at the Matenadaran a bit ago, he stopped hunger strike”, Pashinyan wrote.

Chugaszyan, 53, was chairman of the Founding Parliament initiative, an opposition movement, and was detained in 2015 for organizing riots ahead of April 24 – the Armenian Genocide commemoration day. However, the prosecution changed the detention a few days later and Chugaszyan was released on a signature bond.

Chugaszyan later failed to appear before court. He had changed his place of residence without notifying authorities as required by law, thus violating the signature bond.

The court issued an arrest warrant and Chugaszyan was declared wanted.

National security agents and police officers of Armenia apprehended Garegin Chugaszyan on April 24, 2018 when visiting Tsitsernakaberd memorial complex. He was arrested but after a few days released by the petition of Ararat Mirzoyan and Lena Nazaryan, MPs representing “Yelk” bloc. Ararat Mirzoyan later was appointed First Deputy Prime Minister of Armenia. Chugaszyan declared hunger strike on April 24, the day of his arrest.