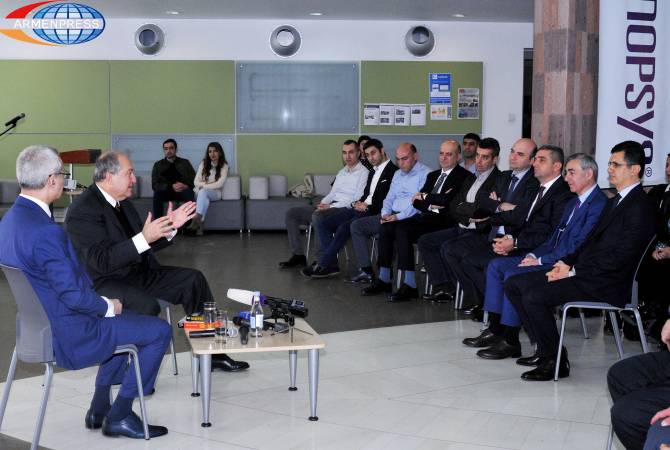 
YEREVAN, FEBRUARY 14, ARMENPRESS. Armen Sarkissian, the potential presidential candidate of the ruling party of Armenia, presented the story behind creating TETRIS-WORDTRIS group of video games. Sarkissian is one of the authors of TETRIS-WORDTRIS.

In an interview with reporters, Sarkissian said once he was engaged in scientific research work, namely mathematical modeling, and later it turned out that a model which they have designed can be applied in various sectors.

“One, for example, is real time modeling. For instance, imagine you want to build a thermal plant or a nuclear power station, and you want to model it. The Chernobyl disaster happened as a result of the fact that people were educated on the real system. After it a task was given to model it on a computer. It then became clear that it can be applied in other sectors, for example biology, social sciences. It turned out it can also be used in mechanical translation”, Sarkissian said.

He added that as a simplified option of modeling they began creating TETRIS-WORDTRIS.

“Then IBM and Nintendo bought this game from us, and the company which owned the copyright of the game is called Armenika. This company is registered in Delaware and once had successes from the US up to Korea”, Sarkissian said.