Recovering what is destroyed with determination and belief: Jirair Reisian on losses of Armenian community in Syria | ARMENPRESS Armenian News Agency

Recovering what is destroyed with determination and belief: Jirair Reisian on losses of Armenian community in Syria 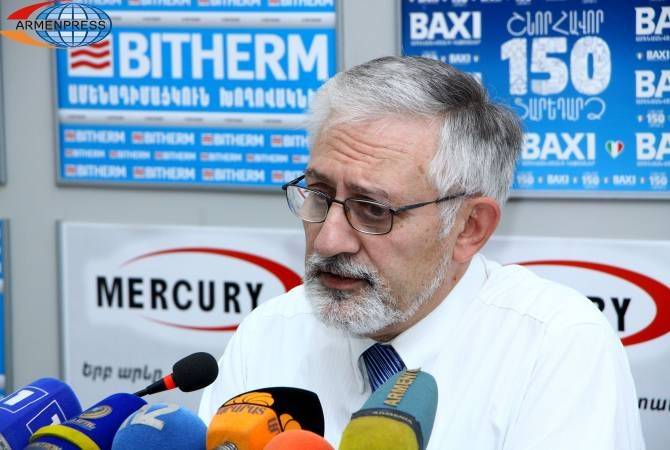 
YEREVAN, DECEMBER 28, ARMENPRESS. Recovering what has been destroyed with determination and belief: Jirair Reisian – Armenian lawmaker of Syria's Parliament, told ARMENPRESS talking about the situation in Aleppo, the recovery process.

“Yes, the Armenian complex in Deir ez-Zor became a target of terrorism like the other numerous buildings of the city, but we in Aleppo and elsewhere are determined and full of belief to recover what is destroyed. In fact we cannot say that the war is completely over, but there were victories and achievements, and we can state that the situation in Syria gradually improves”, he said.

Talking about the situation in Aleppo, Jirair Reisian said compared to the previous year the situation was different during 2017. Aleppo was deprived of electricity for a long time, but today, although not the whole day, electricity is provided. The water supply is already in normal process. “There is no water alarm anymore, we hope it will not repeat again. The military incidents in the city are almost over, they are reached to minimum. Life has been brought to its normal course. Of course, there are economic difficulties, but the state and people are united. We can state that at the moment the recovery stage is underway. People gradually restore their houses and workshops”, the Armenian lawmaker said. The Armenian community examined and registered the Armenian institutions affected and recovers them in phases.

The roads in general are safe. The Armenian life in Aleppo is normally developing, unions, clubs, culture houses returned to their works, but Jirair Reisian states that these structures were also operating during the difficult times. “The Armenian schools, churches were not closed during the years of war. Now the Armenian centers, clubs started more actively operating, especially when the holidays are coming. The Armenian clubs are active with New Year events”, he said.

As for the movements of the Aleppo residents, the local Armenians after the city’s liberation, the lawmaker said there are people who returned to the city, and the return of some people is on process. Our compatriots, who left Aleppo and moved to other cities of Syria, as well as those who were living temporarily in Lebanon, Armenia and different Western countries, now return to the city. The lawmaker expressed confidence that this number will increase within the course of time.