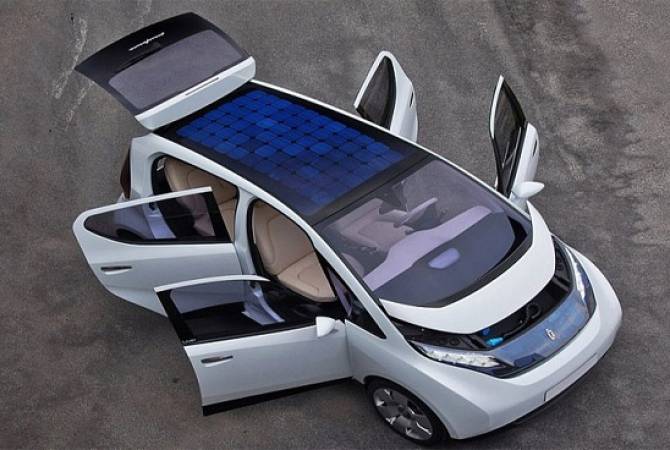 
YEREVAN, DECEMBER 27, ARMENPRESS. The creation of the first solar car in Armenia is a program of volunteers and enthusiasts. Something that is done for professional pleasure and with a dream that a production of solar electric vehicles will be established in Armenia.

Deputy minister of energy infrastructures and natural resources Hayk Harutyunyan told Armenpress that this is a personal initiative which aims at creating interest towards solar technologies, in particular, electric transport in Armenia. “We have divided the first meeting with the interested persons in two parts: the first one is to design and build a solar car from zero, and the second one is to make any old car into a vehicle with electric motors. We want to show that the current cars can be replaced by electric motors, and later we hope that it will become a common practice in Armenia”, Hayk Harutyunyan said.

According to the official, on the other hand, the world’s leading companies engaged in production of electric cars find their main engineers and employees from the groups that are taking part in such events. Australia holds the Solar Challenge competition for already 30 years, and all universities are actively participating in it, each team designs its own solar car. “We also want to create a similar vehicle here with the hope that we will create a certain interest among the specialists. They will work on this path with a dream that a production of solar electric cars will be set up in Armenia”, the deputy minister said.

Hayk Harutyunyan couldn’t mention dates since this work is being done completely on voluntary basis. In addition, financial resources will also be needed since this idea is not being implemented under any project. “An active work is being carried, a working group has been formed, and we try to move forward. It is completely a new field, and it’s difficult to find car designing specialists in Armenia. Certain financial resources are also needed, we will most likely apply to the private companies and donor organizations with a funding request”, he said.

In November the deputy minister posted on Facebook calling on people interested in creating a solar car to join this idea.