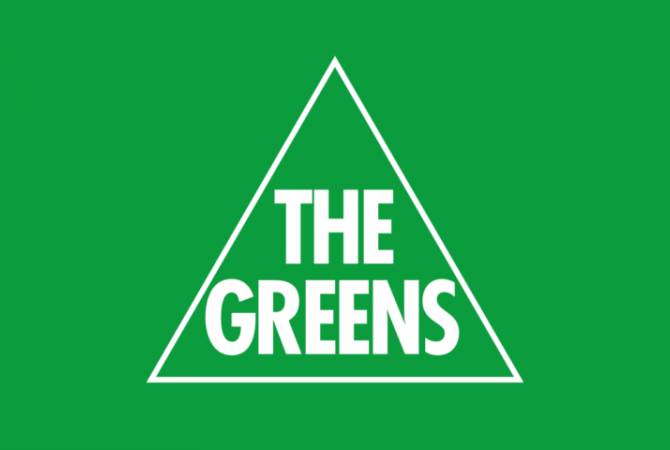 
YEREVAN, DECEMBER 13, ARMENPRESS. Cross-bench political power, The Australian Greens have added the recognition of the right to self-determination of the people of the Republic of Artsakh) to their party policy platform, the Armenian National Committee of Australia (ANC-AU) reports.

The Australian Greens, who also reiterated their party's recognition of the Armenian Genocide, called on the government to “officially recognize the independence of the Republic of Nagorno Karabakh [Artsakh] and strengthen Australia's relationship with Nagorno Karabakh and its citizens”.

“The Australian Greens note Nagorno Karabakh's sustained efforts towards creating a free and democratic society through the use of legitimate parliamentary elections and its continued efforts to develop a responsible government”, the party’s statement says.

ANC-AU Managing Director, Vache Kahramanian welcomed the party’s decision, stating that Nagorno Karabakh has been part of the greater Armenian motherland for millennia.

The Republic of Artsakh's Permanent Representative in Australia, Kaylar Michaelian also appreciated this decision on behalf of the Artsakh government. “This is a truly historic recognition," said Michaelian. "The people of the Republic of Artsakh have lived under constant security threat for 26 years, however their resilience during that time has allowed them to build a democratic nation, which only waits for the world to recognize it and its citizens in order to thrive”.

In the current Federal Parliament, The Australian Greens are represented by nine Senators in the Upper House and one Member of Parliament in the House of Representatives.