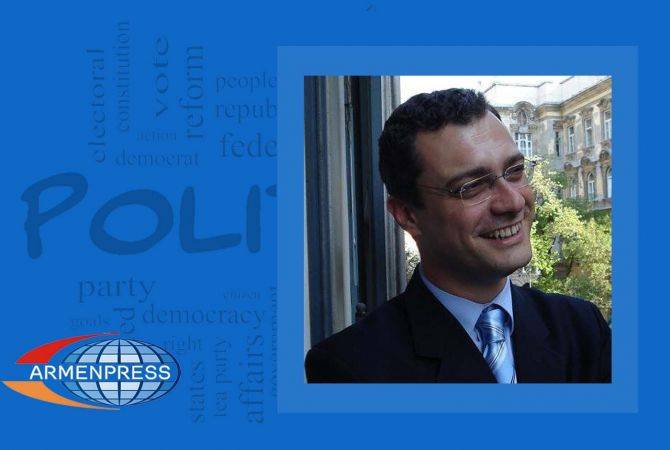 According to him, the Comprehensive and Enhanced Partnership Agreement offers not only more expanded content, but also brings bilateral relations to a new level.

“It’s interesting that this is the first agreement of this type signed by the European Union with an EAEU member state. From now on Armenia will be able not only to benefit from better trade and investment conditions, but most importantly, from the experience and the support of the EU for political and social reforms. With this agreement Armenia becomes better equipped to use the EU as a partner, a supporter and a moral compass”, Diogo Pinto said.

To his conviction this is also an important step for the EU, first and foremost, as it can be seen as the most important and concrete showing of its determination to diversify its policies in the context of the Eastern Partnership. “On the other hand, this is a great success for the Armenian diplomacy and its determination not to make a choice between two integration projects. With this agreement Armenia is comforted in its balanced approach to multilateral relations”, the Director of the EuFoA said.

The Comprehensive and Enhanced Partnership Agreement was signed between Armenia and the EU on November 24 in Brussels in the sidelines of the Eastern Partnership summit. Armenian FM Edward Nalbandian and High Representative of the European Union for Foreign Affairs and Security Policy Federica Mogherini signed the agreement.