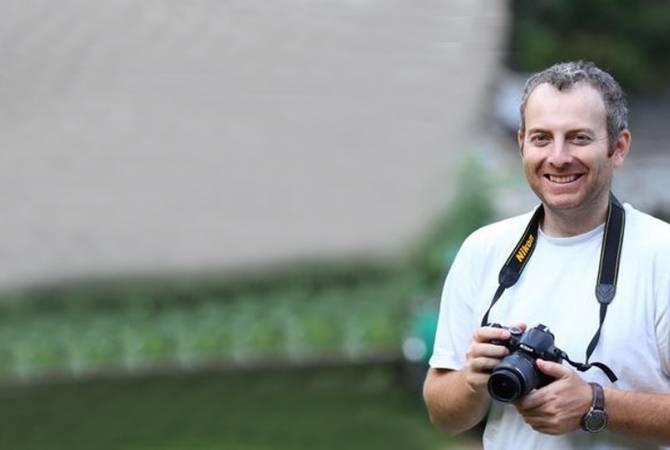 
YEREVAN, NOVEMBER 3, ARMENPRESS.  The authorities of Azerbaijan tried to reach an agreement with Russia in February, 2017, offering them to exchange the citizen of that country, blogger Alexander Lapshin with Azerbaijani diversionists Shahbaz Guliyev and Dilgam Asgarov imprisoned in Artsakh, Stepanakert. ARMENPRESS reports blogger Lapshin has himself exposed the attempt of the secret deal.

In Stepanakert they told during a trial that the child had seen them and they had to kill him not to be caught. Afterwards, they run across a forest, hid, and then appeared near a village, killed there two people who tried to catch them. The third “tourist” was killed in a shooting with Armenians.

In brief, they were peaceful “tourists”, who had arrived from Azerbaijan armed with Kalashnikovs”, Lapshin reminded, noting that the Court of Artsakh has convicted them to life imprisonment.

The blogger told that after arresting him Azerbaijan tried to provoke Russia, saying that if Russia helped them in the negotiations for the return of those two “tourist-diversionists”, it would accelerate the process of his own release. “In the words of a very high ranking official of the Russian Foreign Ministry, that situation was very embarrassing for Sergey Lavrov and Azerbaijan was dismissed with its proposal. The Russian side could in no way understand what could link the citizen of Russia and Israel, Lapshin, with Azerbaijani diversionists. And what is most important, why should Armenia exchange the murderers with me when I am not a citizen of Armenia?

Later, the authorities of Israel were also informed on the incident, who were also severely infuriated by Azerbaijani position”, the blogger told.

Lapshin told that he first heard about that plan during an interrogation by Azerbaijani investigator from the Prosecutor General's Office.

“To say that I was just amazed at the absurd acts of the country in the hands of which I had appeared means to say nothing. I felt like an Afghan hostage representing the Taliban, moreover, they tried to bargain over me.

Russia, I am thankful for your principled stance. I can say the same for Israel. I am also thankful to Armenia for it did not step back.

Lapshin assessed the act of the two diversionists who killed 3 civilians and are arrested in Artsakh  as a jihadist movement.