Armenian lobbying activity in France records progress over past years 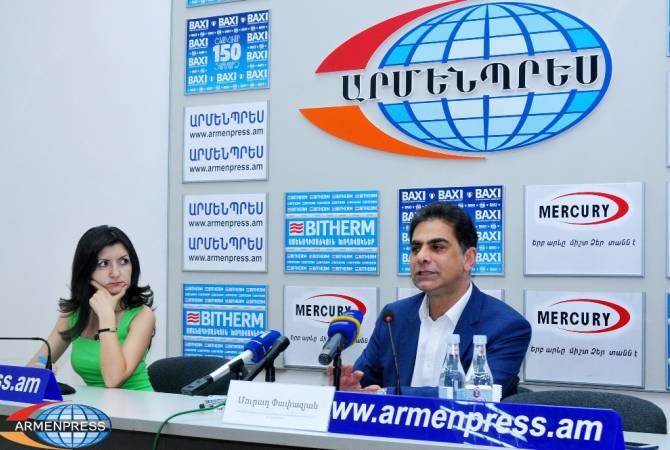 
YEREVAN, JULY 14, ARMENPRESS. The Armenian lobbying activity in France recorded progress both in political and public spheres over the past years, Murad Papazian- Co-Chair of the Coordination Council of the Armenian Organizations of France, told a press conference in Armenpress.

He stated that the Turkish-Azerbaijani lobby put a goal to eliminate or weaken the Armenian community of France.

“Contrary to this, I can state that we succeeded and they failed. By recording failure, the Ambassadors of Turkey and Azerbaijan have changed. For instance, when the bill criminalizing the denial of the Armenian Genocide was put into circulation, the parliament has always voted in favor of us. Regardless of who were majority in the parliament, be the left-wing or right-wing parties, they always voted in favor of us. We have always benefited in the political field”, Murad Papazian said.

Papazian added that despite the success active works must continue since the Turkish-Azerbaijani lobby tries to open new page. In particular, they have decided to greatly politicize their community in France.

“In these circumstances we recorded success during the elections. We have established quite good ties with the newly-elected president, discussed a number of issues relating to the Armenian-French ties, the Armenian Genocide and Artsakh. The society, the political leadership have positive attitude towards Armenians. We are French-Armenians, citizens of France, they perceive us in this way, they know that we are not linked with Armenia’s government, the President of Armenia or the Prime Minister do not guide us. But in case of Turks and Azerbaijanis the situation is different. People in France know quite well that Erdogan, Aliyev guide their communities in France. This means that they interfere in the internal life of France, whereas Armenia doesn’t”, Murad Papazian added.