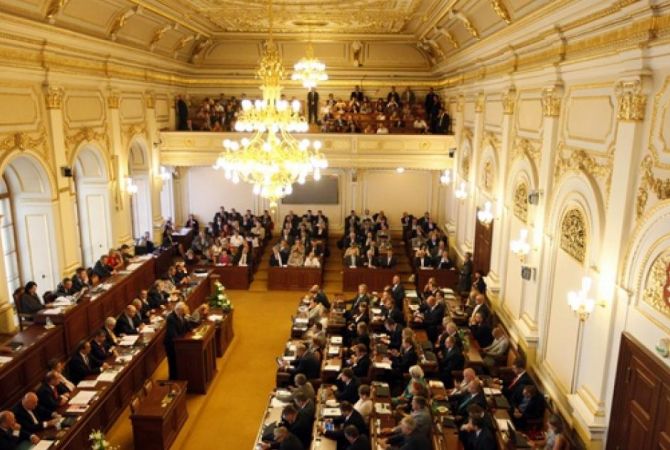 
YEREVAN, 26 APRIL, ARMENPRESS: The Chamber of Deputies of the Czech Republic approved on Tuesday, April 25, a resolution, condemning the genocide of Armenians in the Ottoman Turkey. The legislation condemns atrocities and massacres of Armenians and other religious and national minorities in the Ottoman Empire during the First World War, as well as Nazi war crimes.

“The Chamber of Deputies of the Parliament of the Czech Republic condemns the crimes against humanity carried out by the Nazis during the Second World War on the Jewish, Roma and Slavic populations in the controlled territories, the genocide of Armenians and other national and religious minorities in the Ottoman Empire during World War I,” reads the resolution, which passed with 104 votes.

The resolution was proposed by MP Robin Bönisch from the CSSD.