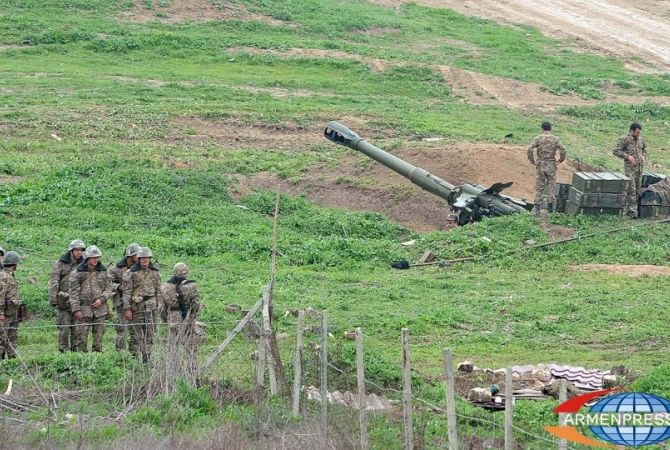 
YEREVAN, JANUARY 31, ARMENPRESS. The largest media portal of Baltic states – Delfi – published an article presenting how Azerbaijani authorities conducted the blockade of Karabakh in the winter of 1992, aiming at solving the issue through exterminating the population.

The article’s author writes  : “Humanitarian disaster, even this term cannot completely describe what the population of Stepanakert went through. Severe shortage of gas, electricity, water and medication, no communication with the outside world, regularly intensifying bombardments and real threat of physical destruction – this is the incomplete list of those problems, which the civilian population of the city faced”.

The article mentions how Stepanakert came under fire from several positions in the winter of 1992. Eyewitness accounts of the Karabakh War horrors are presented from Russian reporter Angelika Chechina, current MEP Jaromír Stětina and Baroness Caroline Cox.

“In this period, the actions of Azerbaijan had genocidal character, an almost complete extermination of a 80,000 population was carried out. People were living in basements, dozens were killed daily, including children. Doctors were working in basements, in the light of diesel power generators. People were forced to wait in lines for hours in order to have access to water”, the author writes, mentioning that Stepanakert was sentenced to death. The author emphasizes that through the liberation of Berdzor in May of 1992, it was possible to completely remove the blockade. During the blockade, 227 people died in Stepanakert, 391 were wounded, 1000 residential homes and state structures were damaged or destroyed.

“This is one of the bloodiest chapters of the Karabakh war, the re-occurrence danger of which was faced by the population of Nagorno Karabakh in April of 2016. The international community and first of all the OSCE Minsk Group co-chair countries are obliged to deal with the resumption threat of military operations in a more addressed and methodical way. Although unrecognized, however full of hope and optimism, the population of Nagorno Karabakh must live in safety and in friendly conditions with neighbors”, the author said.