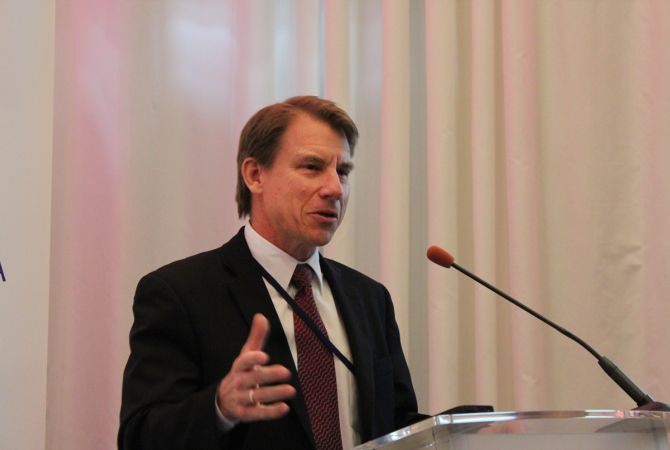 
YEREVAN, DECEMBER 2, ARMENPRESS. The presence of the Russian military base in Armenia isn’t a problem for NATO, William Lahue, Head of the NATO Liaison Office of South Caucasus announced during a seminar in Tsakhkadzor, organized by the Civic Consent NGO, titled “Normalization of Armenia-Turkey relations”, which was held under the assistance of the Embassy of the United Kingdom in Armenia.

“We understand that the military base has more of a political significance. NATO finds that it is a matter of Armenia’s decision. Within the framework of Partnership, NATO works with Armenia, Georgia and Azerbaijan, it doesn’t anyhow relate to other strategies”, he said.

Speaking about the agreement on forming unified Armenian-Russian forces (troops), Lahue once again emphasized it is a matter of sovereign decision of Armenia.

“NATO is a union of sovereign states, and we don’t even tell member states as to what to do. Even if one of NATO member states wished to have a Russian military base in its territory, we wouldn’t be able to stop them, though it would be a big concern for us.”

International relations and several issues of Turkey’s domestic policy were also discussed at the seminar.