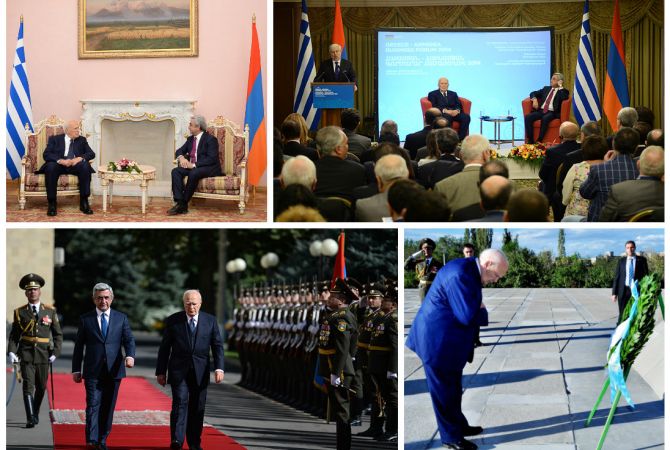 
YEREVAN, MARCH 14, ARMENPRESS. Greece is undoubtedly one of the countries with which Armenia has deep and vibrant friendly relations based on both common interests of the two countries, and on the age-old relationship and mutual sympathy between Armenian and Greek peoples. “Armenpress” reports that Armenian and Greek officials always highlighted the high level of relations and the importance and bilateral willingness to deepen these relations in various dimensions.

Since independence, Armenia and Greece are carrying out close cooperation in almost all sectors. The legal framework of bilateral relations is quite wide. It covers more than 40 agreements of cooperation in economic, military, cultural, scientific, healthcare, communications, tourism and other sectors, as well as protocols and memorandums.

Frequent high-level mutual visits prove the nature of the Armenian-Greek inter-state relations and high level political dialogue. Armenia's President Serzh Sargsyan, during the state visit to Greece in 2011, touching on the Armenian-Greek relations, said that the friendship between the two peoples has turned into a true brotherhood.