Presentation of photo album “Armenians in Romania. The story of people living next to us” held in Bucharest | ARMENPRESS Armenian News Agency

Presentation of photo album “Armenians in Romania. The story of people living next to us” held in Bucharest 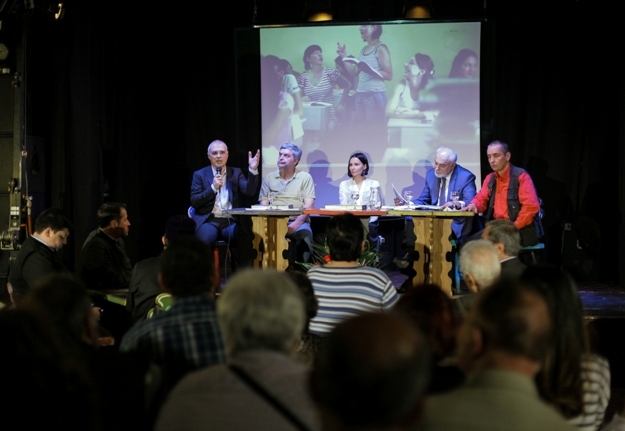 
YEREVAN, 12 MAY, ARMENPRESS: On 8 May, the photo album presentation titled “Armenians in Romania. The story of the people living next to us” of Andreea Tanase was held in Bucharest National Museum of Romanian Peasant. As Armenpress reports, through 561 photos and their accompanying stories, the 400-page album represents to the public the Romanian-Armenians in their national environment - church, club, school, home. The album is supplemented with an explanatory text and testimonies. As he says, Andrea Tanase began to be interested in the fate of the Armenians years ago, when for the first time he had read about the Armenian Genocide. He spent days and months along with the Romanian-Armenian community, acquainting with the Armenians, their daily life, bitter and sad memories, cultural and spiritual life. Deepening into the subject, several times he also visited Armenia and Artsakh, attended and elucidated the events of the 100th anniversary of the Armenian Genocide to the Romanian media by the photo reports.