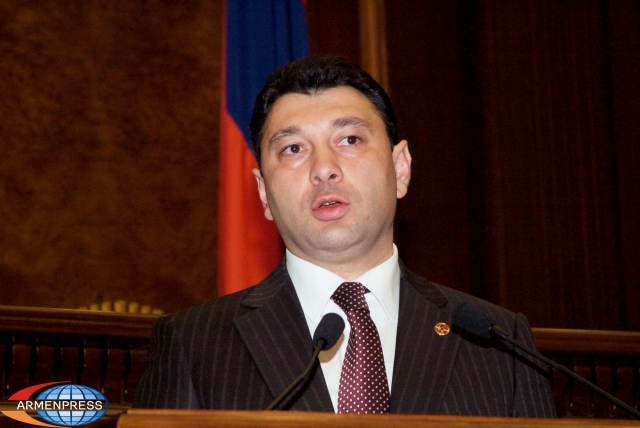 
YEREVAN, 23 MARCH, ARMENPRESS. The declaration of the National Assembly “On the Genocide of the Greeks and Assyrians Perpetrated by Ottoman Turkey between 1915 and 1923” means that the Republic of Armenia recognizes the Greek and Assyrian genocide.

In response to Koryun Nahapetyan’s other question regarding the reason for a limited number of cases of recognition of the Greek and Assyrian genocide, Sharmazanov said perhaps that was also due to the fact that the Greeks and Assyrians haven’t succeeded in working together. “One thing that I can emphasize is that when the resolution condemning the genocide of the Armenians, Greeks and Assyrians was adopted in Sweden, it was adopted through the combined efforts of the three communities. We have to be united. We have to combine all our efforts so that we can fight against the denial of the Turks,” the Deputy Speaker of the National Assembly emphasized.