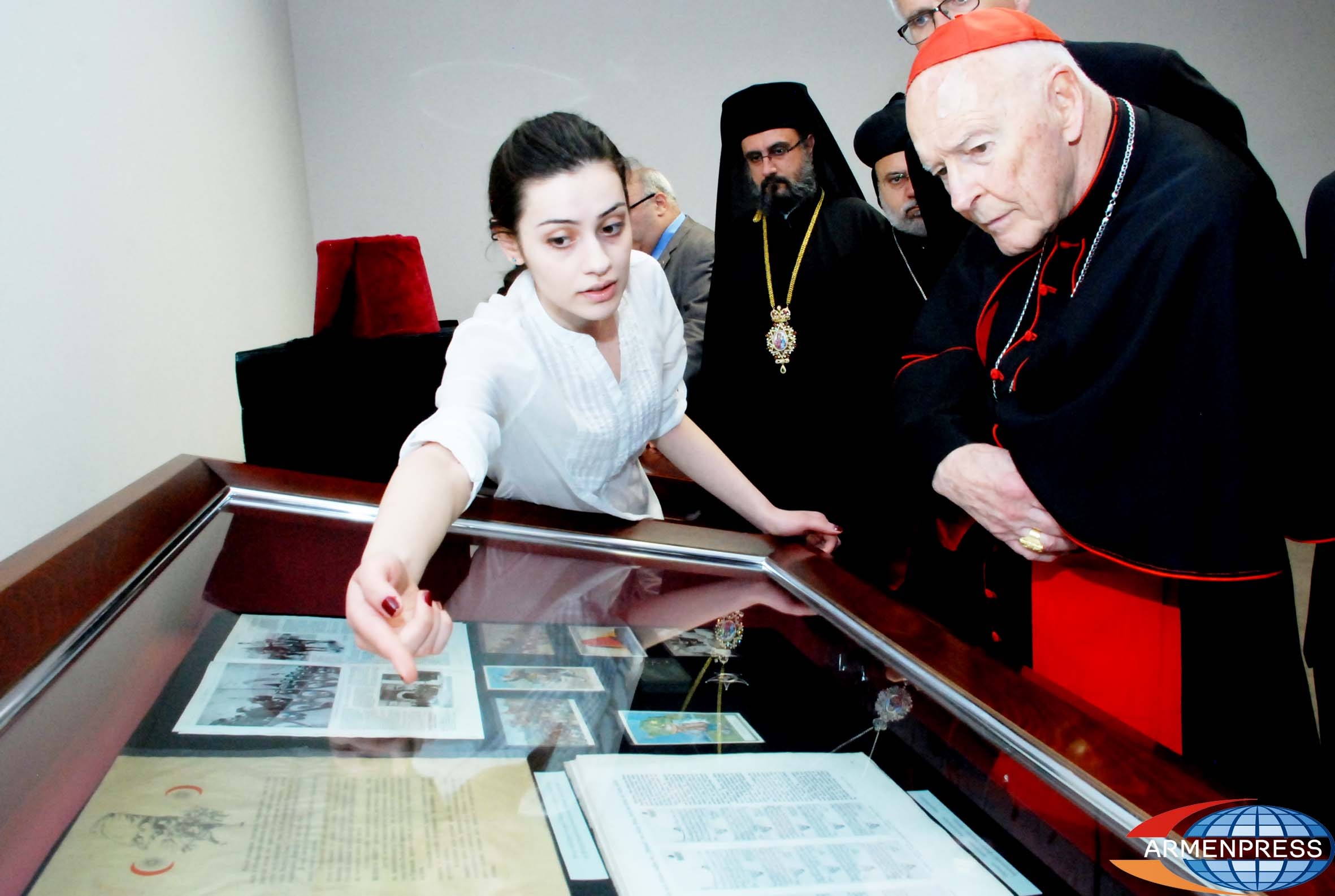 
YEREVAN, JUNE 12, ARMENPRESS. The letter of Pope Benedict XV to the Ottoman Empire Sultan Mehmed 5th stored in the Armenian Genocide Museum-Institute, interested the Catholic priest who had arrived in Armenia to participate in the International Consultation "Crisis in Syria: Challenges for Faith Communities ". He carefully examined the letter and was sure that if properly submitted to the Holy See, it would be reviewed by the Vatican.

As reports “Armenpress”, the Museum guide, on June 12, introduced in detail to the clergymen - conference participants from different churches, the historical events of 1915 and the massacre of 1.5 million Armenians. The Catholic Church representative, Cardinal Theodore Edgar McCarrick was interested in the episode, when the letter written by Pope Benedict XV on September 10, 1915, addressed to the Ottoman Empire Sultan Mehmed 5th was presented.

10:21, 06.21.2021
Viewed 1109 times Pashinyan announces how many seats his Civil Contract party will have in newly-elected parliament