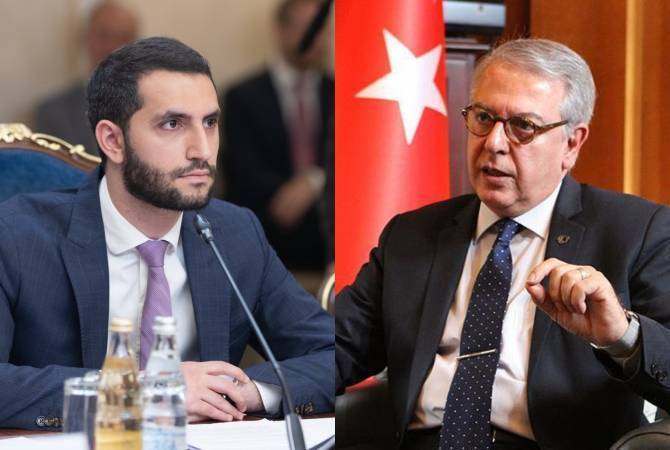 “Special Representatives for the normalization process between Armenia and Turkey, respectively, the Deputy Speaker of the National Assembly of Armenia Ruben Rubinyan and Ambassador Serdar Kılıç held a meeting today (February 24) in Vienna.

The Special Representatives confirmed that the ultimate goal of the negotiations is to achieve full normalization between Armenia and Turkey, as agreed during their first meeting in Moscow.

They exchanged views on possible concrete steps that can be mutually undertaken to that end and reiterated their agreement to continue the process without preconditions,” the Foreign Ministry said.